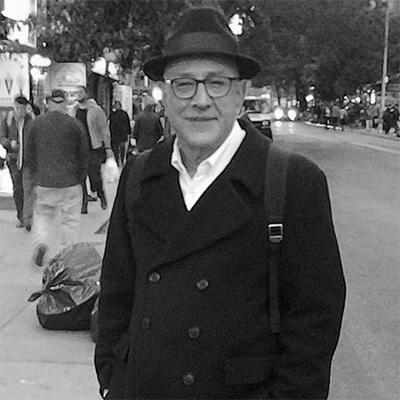 David Hershkovits was raised in Brooklyn, New York, and graduated with a BA in Literature from Yeshiva University and a Masters from Penn State University. After teaching at the University of New Orleans and writing for the New Orleans Courier and New Orleans Magazine, he returned to New York, working in various editorial roles including Assistant Managing Editor of the Soho Weekly News. In 1984, together with fellow Soho News editor Kim Hastreiter, David founded PAPER magazine which started out as a black-and-white fold-out poster. Today David is the co-founder of PAPER Communications, as well as serving as both the founding editor and publisher of PAPER magazine and PAPERMAG.com and co-owner of ExtraExtra Creative.

In 2017, he sold Paper Communications to a group led by Tom Florio, former publisher of Vogue and the New Yorker. He is an adjunct professor of Media Studies at City University/Queens College teaching a course on the media's role in the counter culture of New York in the 70s, 80s and 90s. He is President of the Cultural Content Consultancy.

Industry Needs & Today's Students:
Are Their Expectations the Same?